Has the graphene age come?

Under the spread of the new crown epidemic, after Americans experienced life and death, they set off the largest "resignation wave" in history, and the number of resignations broke the highest record since statistics began in 2000. Since April this year, more than 4 million people in the United States have voluntarily resigned each month. In August, the number of resignations exceeded 4.27 million, and in November, it rose to 4.4 million. The operation of society is linked. The large number of departures in the United States has led to a large shortage of labor; and the shortage of a large number of labor has directly led to the supply chain crisis in the United States; the supply chain crisis has directly affected prices and prices in the United States. The economy has a direct effect on people's lives.
The economic downturn will affect the market demand for graphene.

Not long ago, Ren Zhengfei claimed in an interview with the media that a technological revolution would break out in 10 to 20 years. "I think the biggest subversion of this era in the future will be the subversion of the silicon era by the graphene era." The limit is seven nanometers, which is close to the boundary, and graphite is at the forefront of the technological revolution." What is the sacredness of the graphene mentioned here? Can it bring about disruption?

Graphene — a two-dimensional carbon film just one atom thick — is an excellent material. Although the name has the word graphite, it neither depends on the reserves of graphite nor the characteristics of graphite at all: graphene is highly conductive, bendable, and has good mechanical strength, and it looks pretty like a magical material in the future. Another list of its potential uses—protective coatings, transparent bendable electronics, ultra-capacity capacitors, etc.—would be a world-changing invention. Even the 2010 Nobel Prize in Physics was awarded to it! 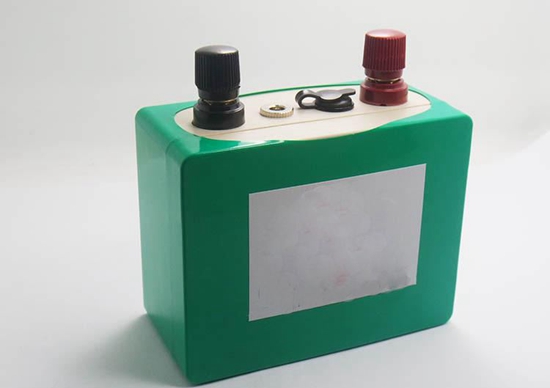 But it has been ten years since its birth; where is my transparent phone?

In fact, in 2012, Konstantin Novoselov, who won the Nobel Prize for graphene, and his colleagues published an article in "Nature" to discuss the future of graphene and its development in the past two years has also Basically proved their prediction. He believes that graphene "has a bright future and a tortuous road as a material." Although it may play a significant role in the future, this scenario will not come until several significant difficulties are overcome. More importantly, given the enormous cost of industrial renewal, the benefits of graphene may not be enough to allow it to replace existing devices simply—its real promise may lie in entirely new applications tailored to its unique properties.

What is the fate of graphene?

Because there have been no breakthroughs in the academic world in the past few months, the recent wave of sudden "hotness" may be the result of capital operation's hype and should be treated with caution. As an industrial technology, graphene appears to have many hurdles to overcome. Novoselov pointed out that the current application of graphene is still limited by material production, so those products that use the lowest and cheapest graphene (such as graphene oxide nanoparticles) will be the first to be available, which may only take a few years; But those products that rely on high-purity graphene could be decades away from developing. Novoselov remains skeptical about whether it can replace the existing product line.

On the other hand, if the commercial world exaggerates its magic, it may cause the graphene industry to become a bubble; if it bursts, perhaps technological and industrial progress will not be able to save it. Science author Philip Barr once wrote, "Don't expect miracles from graphene" in The Guardian, pointing out that all materials have their application: steel is hard and heavy, wood is light but perishable, even if it seems "universal" In fact, the plastic is also a variety of very different polymers. Graphene is bound to play a huge role, but there is no reason to think it could be a miracle material and change the world. Or, in Novoselov's own words: "The true potential of graphene can only be fully realized in entirely new fields of application: those designed with this material property in mind, rather than replacing existing ones. Other materials in the product." As for whether the current new fields such as printable and foldable electronics, foldable solar cells, and supercapacitors can realize their potential, let us wait and see calmly.

Because of the conflict between Russia and Ukraine, there is a shortage of natural gas supply. At the same time, other renewable energy sources cannot produce enough electricity, so electricity prices have soared in many countries of the world. For this reason, I assume the supply and prices of the graphene would keep being influenced by the high energy prices.

What is nano silica fume?…

What is Silicon Boride Powder?…

How to Produce Magnesium Nitride?…

Instructions for Use of Water Reducer…